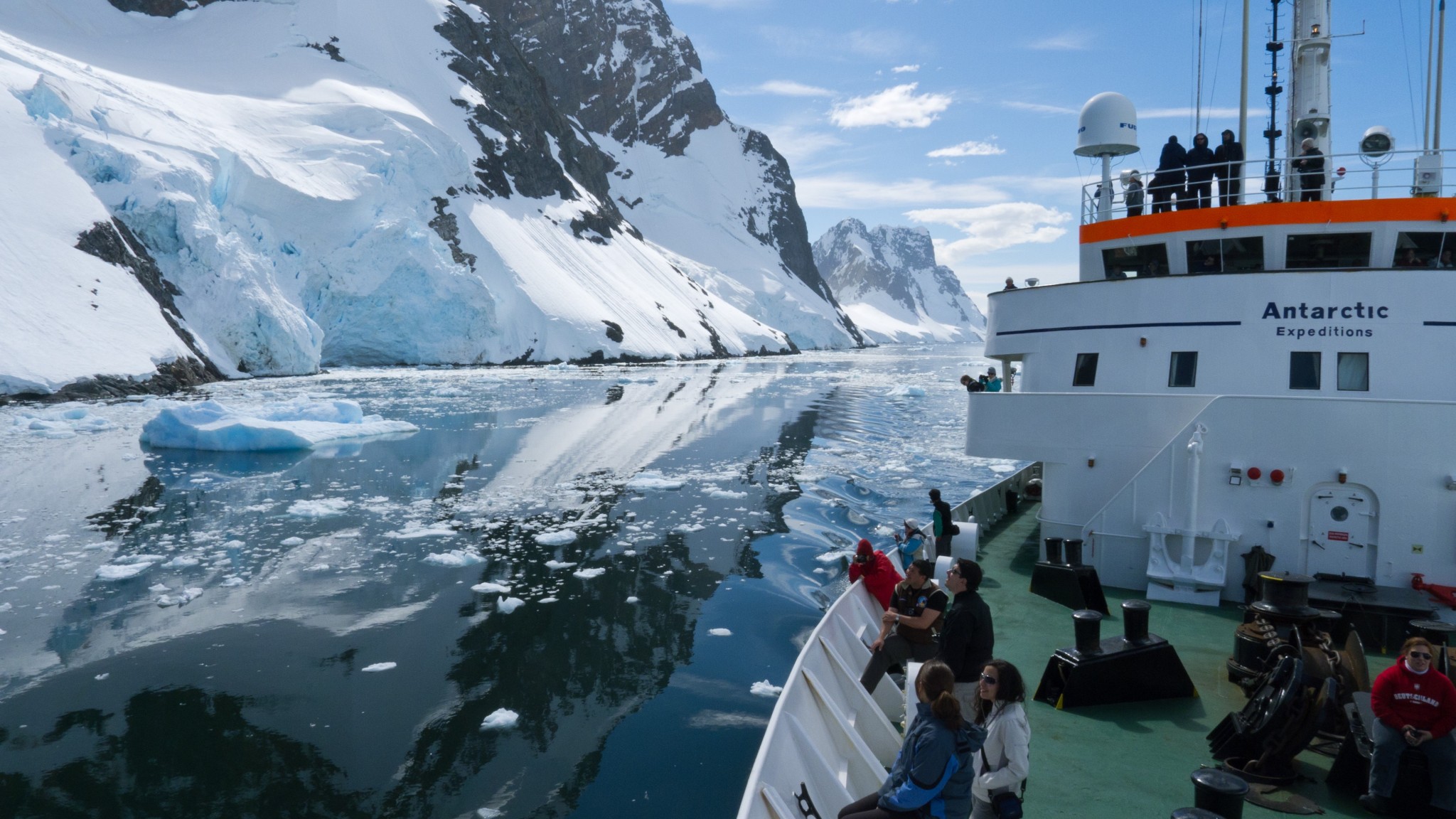 A Classic voyage to Antarctica & The South Shetland Islands aboard M/V USHUAIA.

Our Classic Antarctica voyage is the ultimate introduction to the spectacular Antarctic Peninsula. The most accessible part of the continent, etched with fjords and dozen little islands.

We travel south from the Argentine port of Ushuaia. The journey provides time to ponder the immensity of the Southern Ocean. Learn about the frozen continent and all its wildlife through a series of special lectures by our Antarctic experts. Zodiacs allow us to cruise among the ice and make easy landings.

Reminders of early explorers and the whaling industry are scattered amongst penguin rookeries and seal colonies.

Our small group size makes it easy to appreciate these treasures of the Antarctic Peninsula.

Embark the USHUAIA in the afternoon and meet your expedition and lecture staff. After you have settled into your cabins we sail along the famous Beagle Channel and the scenic Mackinlay Pass.

Named after the renowned explorer, Sir Francis Drake, who sailed these waters in 1578, the Drake Passage also marks the Antarctic Convergence, a biological barrier where cold polar water sinks beneath the warmer northern waters. This creates a great upwelling of nutrients, which sustains the biodiversity of this region. The Drake Passage also marks the northern limit of many Antarctic seabirds.

As we sail across the passage, Antarpply Expeditions’ lecturers will be out with you on deck to help in the identification of an amazing variety of seabirds, including many albatrosses, which follow in our wake. The USHUAIA‘s open bridge policy allows you to join our officers on the bridge and learn about navigation, watch for whales, and enjoy the view. A full program of lectures will be offered as well.

The first sightings of icebergs and snow-capped mountains indicate that we have reached the South Shetland Islands, a group of twenty islands and islets first sighted in February 1819 by Capt. William Smith of the brig Williams. With favorable conditions in the Drake Passage our lecturers and naturalists will accompany you ashore as you experience your first encounter with the penguins and seals on Day 3.

Exploring the Antarctic Peninsula and the South Shetland Islands

The South Shetland Islands are a haven for wildlife. Vast penguin rookeries, beaches ruled by Antarctic fur seals and Southern elephant seals make every day spent in this amazing island group unforgettable. Sailing through the narrow passage into the flooded caldera of Deception Island is truly amazing.

King George Island, the largest of the South Shetland Islands, features colonies of nesting Adélie and Chinstrap Penguins, Kelp Gulls, Blue-eyed Cormorants, Antarctic Terns and Southern Giant Petrels and is home to scientific bases of many different countries. Macaroni, Chinstrap and Gentoo Penguins as well as elephant seals await you at Livingston Island.

The Antarctic Peninsula’s remarkable history will provide you with a type of excitement often only associated with the early explorers. You will have plenty of time to explore its amazing scenery, a pristine wilderness of snow, ice, mountains and waterways, and an incredible wide variety of wildlife. Apart from penguins and seabirds you are very likely to see Weddell, crabeater and leopard seals as well as Minke, killer (orca) and humpback whales at close range.

We hope to navigate some of the most beautiful waterways (depending on the ice conditions): the Gerlache Strait, the Neumayer Channel, and the Lemaire Channel, the latter are narrow passages between towering rock faces and spectacular glaciers. We plan to make at least two landings per day and possible landing sites may include:

Paradise Bay is perhaps the most aptly named place in the world and we attempt a landing on the continent proper. After negotiating the iceberg-strewn waters of the Antarctic Sound, we hope to visit the bustling Adélie Penguin (over 100,000 pairs breed here) and Blue-eyed Cormorant colonies on Paulet Island. The Nordenskjöld expedition built a stone survival hut here in 1903. Today its ruins have been taken over by nesting penguins.

Further exploration may take you to the Melchior Island group, Cuverville Island, Portal Point, Neko Harbour, Pléneau Island and if ice conditions permit, to Petermann Island for a visit to the southernmost colony of Gentoo Penguins.

We leave Antarctica and head north across the Drake Passage. Join our lecturers and naturalists on deck as we search for seabirds and whales and enjoy some final lectures. Take the chance to relax and reflect on the fascinating adventures of the past days on the way back to Ushuaia.

We arrive at the port of Ushuaia in the early morning and disembark the USHUAIA after breakfast.

Please note: The above itinerary is a guide only. Our exact route and program will vary to take best advantage of local weather and ice conditions and opportunities to view wildlife. Changes will be made by the Captain and/or Expedition Leader to facilitate the best results from the prevailing conditions. A daily program sheet will be issued on board. Flexibility is the key to success.

All cabins include ample storage space. Public areas feature a large dining room (one sitting), an open-plan observation lounge / lecture room with modern multimedia equipment, bar and a well-stocked library. There is also a changing room and a small infirmary. Our expert captain, officers and crew are highly experienced in Antarctic navigation and have a great love of nature. We provide a specialist team of international expedition leaders and lecturers, all extremely knowledgeable, enthusiastic, helpful and dedicated to the protection of the environment. Our chefs prepare excellent cuisine including many local specialties and the bar is well-stocked with carefully selected wines and spirits. 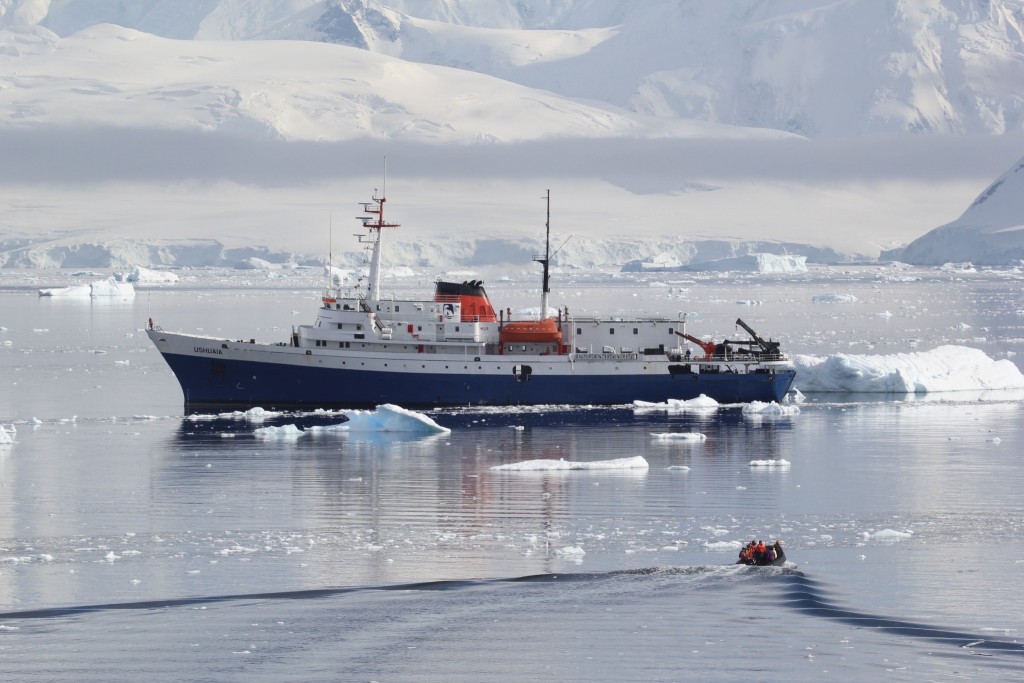 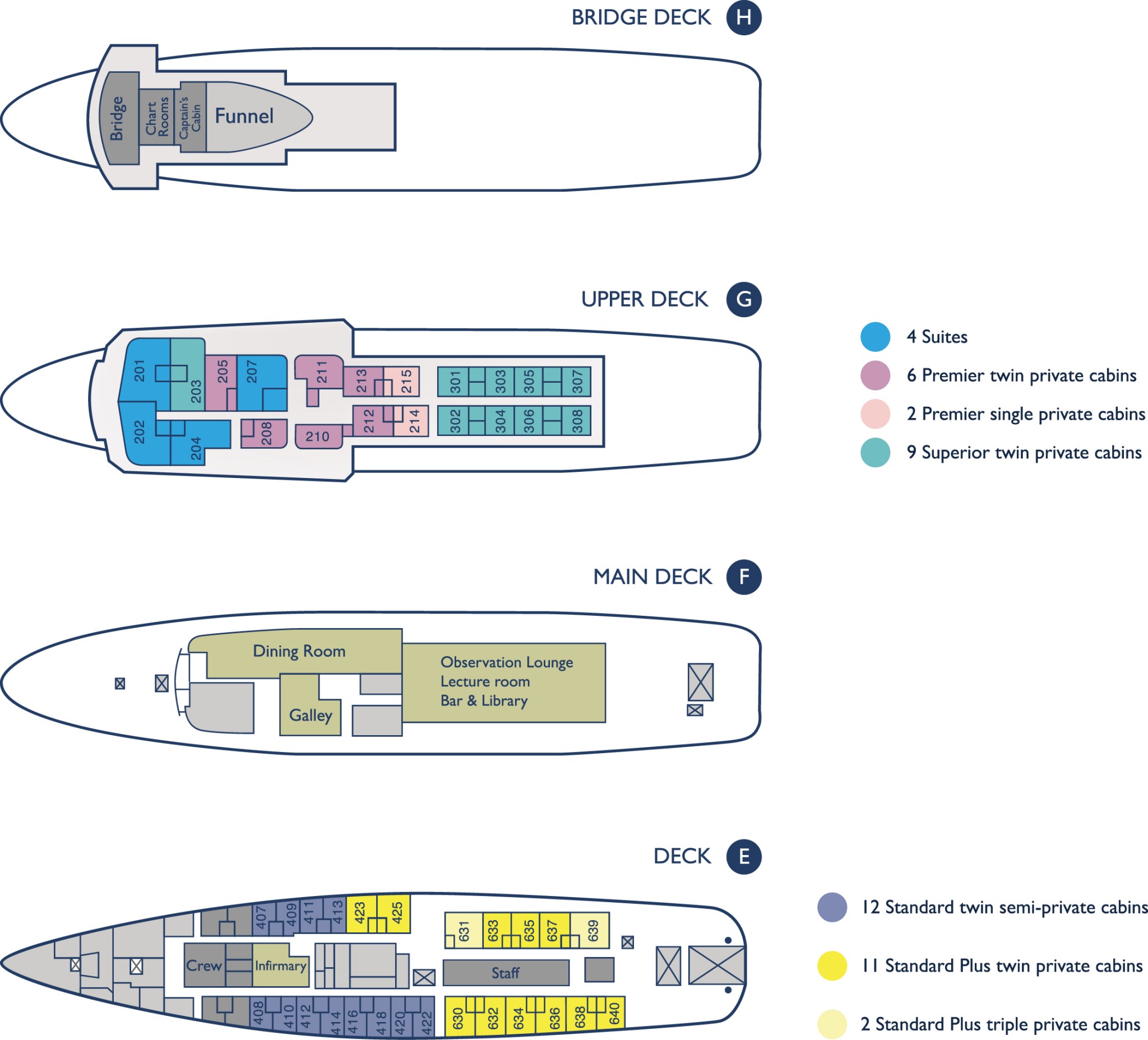 To ensure your place on this exciting adventure, please contact us to reserve a place 02 6355 2022 or , then complete the Adventure Associates Booking Form and return to us with your USD per person deposit.

Reservations are established when you receive written confirmation and acceptance of the deposit and Booking Form. Travel insurance is strongly recommended at the time of booking.

Cancellations must be advised in writing to Adventure Associates. Cancellation charges are subject to regulations of airlines, coach and tour operators, hotels and other principals involved. If it is necessary to cancel your arrangements, the following non-refundable charges will apply.

If the cancellation charge is more than your advance payment you remain liable for the difference. For these and other reasons mentioned above you are strongly recommended to take out Travel Insurance. Once the tour has departed there will be no refund for any unused portions of the trip.

There are no reviews yet. 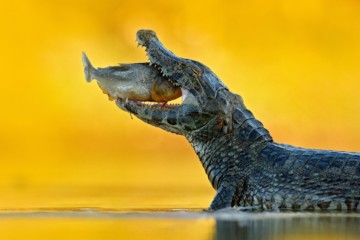 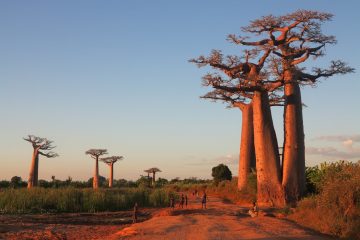 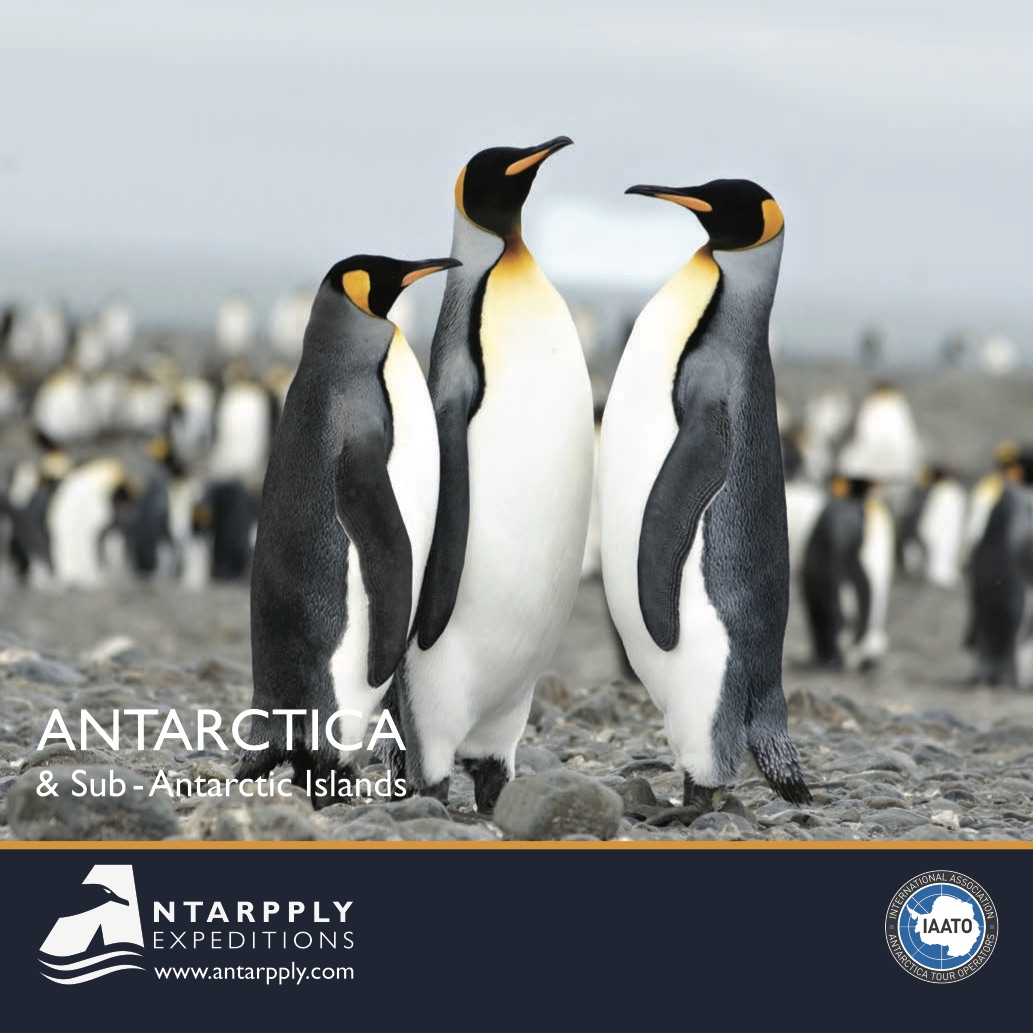 Enquire about this adventure 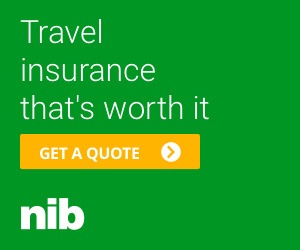 Get a Quote More Info